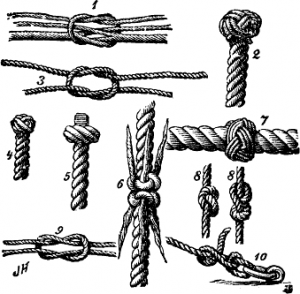 Dr Atticus is jaunting around Europe on his annual sojourn, so I’m to see a locum for my regular check-up.  I get an inkling of the type of appointment we’re in for when he asks for my sample jar. I don’t think anyone has asked for my “wee wee” in four decades.

It does make me wonder, this certain generation of obstetricians who really don’t seem to like women, who patronize them at best. (I’m oldish, too, Imma be generationalist if I want.) All this bloke has to do is go through the steps: check my blood pressure, have a little feel of my bump, and test that “wee wee”. But no, he has bigger plans for my visit.

Brilliant deduction. Yes, my partner is planning his vasectomy as we speak, I tell him.

“Why? You should be having your tubes tied,” is his immediate response. I have known this man for less than five minutes. Note: not “why aren’t you”, but “you should be”. Interesting.

I explain that I do not want to have a tubal ligation. That a close family member, one whose genetic and obstetric profile is virtually identical to mine, suffered some heavy-duty negative side-effects after hers. I do not add: dude, I have had two caesarians (and am about to embark on another), from necessity, for this family. Daddyo is more than happy to even the ledger a little with a procedure that can be done in a doctor’s surgery with the assistance of local anaesthetic and, later, a bag of frozen peas.

A vasectomy and tubal ligation are not identical procedures. Comparing them is not a straightforward appraisal. But this doctor seems to think that, since they’ll be “in there” doing a caesarian, I may as well go ahead and seal my fallopian tubes, too.

He tells me that my fears are completely groundless, that tubal ligation is safer than a vasectomy, and that it can decrease my chances of future ovarian cancer. (To be fair, a meta-analysis of 40 studies supports this.) He cites a study that followed a group of women who had their tubes tied, and another group whose husbands have had vasectomies. He tells me that both groups reported heavier bleeding as they got older: “It’s just a part of ageing, nothing more”. I get the feeling he trots this one out frequently.

This doctor has no idea about my medical history; in fact, he doesn’t even seem to have looked at my contraception, or caesarian, history on the file in front of him. (If he did, he’d read that I’m a “bleeder”, that I’ve hemorrhaged after varied surgery.)

He declares all is well with baby; actually says I’m a “wonderful incubator”. Since a sense of humour has been absent so far, I can’t assume that he’s joking. I wonder if any patient has ever hit him.

He frequently drives the conversation back to having my tubes tied.

I will mention this conversation to my obstetrician next visit. However, not for the reason this man wants me to.

Now there are many places to research these two options. You can do the Google, too. Try a question like “Is a vasectomy safer than tubal ligation?” There’s even a Facebook page for Post Tubal Ligation Syndrome.

I’ll copy one summary below. It’s from a site called Male Health Centre.

Once you’re confident that you’re ready to put your reproductive years behind you, there are two options: vasectomy (male sterilization) or tubal ligation (female sterilization). Vasectomy makes you sterile by cutting the pipelines (the vas deferens) between the testicles and the penis. These small tubes are located just under the surface of the scrotal skin, and it takes less than 15 minutes in the doctor’s office to snip them and seal the ends under a local anesthetic.
Tubal ligation involves cutting and tying a woman’s fallopian tubes, which are well below muscles and other tissue in the abdomen. It requires a general anesthetic and a hospital visit.
A couple of statistics might make the differences even more clear:
Vasectomy is simpler, safer, cheaper and takes less time to recover from than tubal ligation. Their failure rates are just about the same: 1 in 2,000.

As I leave, he has another shot.

“Yes I do, and nobody’s getting their hands on them.”

He says this. Seriously.  How dare we women expect our menfolk to sacrifice their gonads in the name of birth control?

What a prick. Good manners hold my tongue (which surprises me, too) and I walk out.

And then I realize: if I go into early labour before my regular doctor gets back, this is the jerk who will help deliver my child. Please hurry home, Dr Atticus.