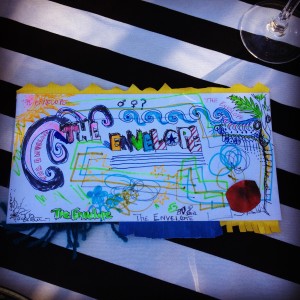 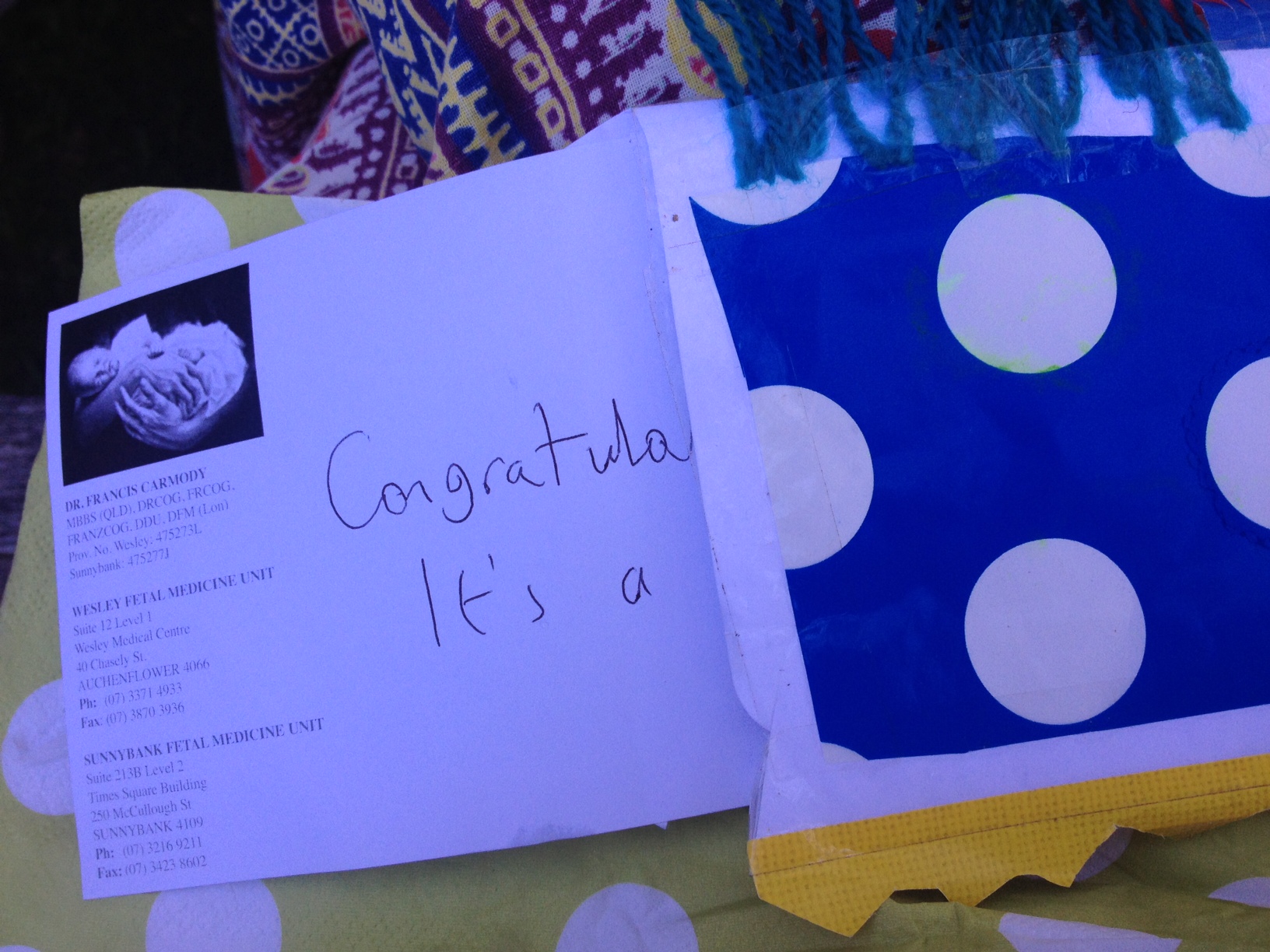 The Big Reveal? Or the slow drip feed. The latter was so effectively put to use by Deb, my old friend, that I didn’t find out about her pregnancy until last Tuesday. That’s the day she was scheduled to give birth via caesarian. Deb’s a week older than me. Maybe I should take her lead…

So how to let it be known? There’s the “scan pic across social media” approach, but they all look a little too amphibious. That’s already on the Facebook page, and even I’m a little grossed out by it.

I thought the fact that I’d posted pictures of baked goods on my personal Instagram would have been enough of a hint, but friends can be dim these days. It must be our encroaching middle age.

Let’s see how others handle the reveal.

There’s the horrible picture of a soft toy and a wee-soaked stick. 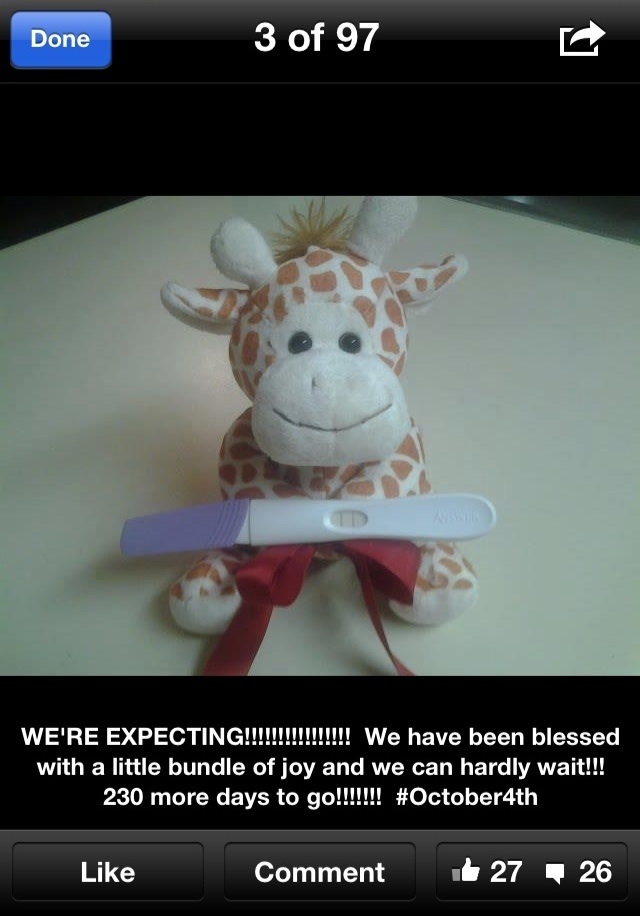 There’s the picture of pasta sauce. 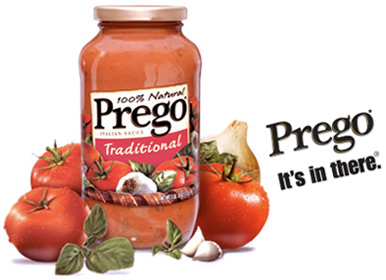 However, I know how to pronounce “prego”. And it ain’t “preggo”.
It’s in there… maybe we can work with that…

There’s a world of cringe out there.

Seeking a pithy statement of my own, seeking that crucial social media cut-through. Like a quiver of cheesiness, all prefaced by Guess what?

Those mood swings weren’t early menopause, after all.

Daddyo and I settle on a trickle approach, leaving the kick-off up to our boys, who tell their school friends. A couple of phone calls, some face-to-facers, SMS’d scan pics, and we’re away.

I set up a blog, shimmy it out across social media, and back-date a stack of pre-written posts.

It’s awesome to finally embrace this event. I stick my due date into babycentre and sign up for the emails. (Finally.)