Growing a vocabulary: #bubbles, #up. #happybubbles 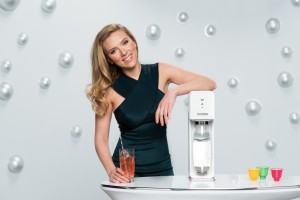