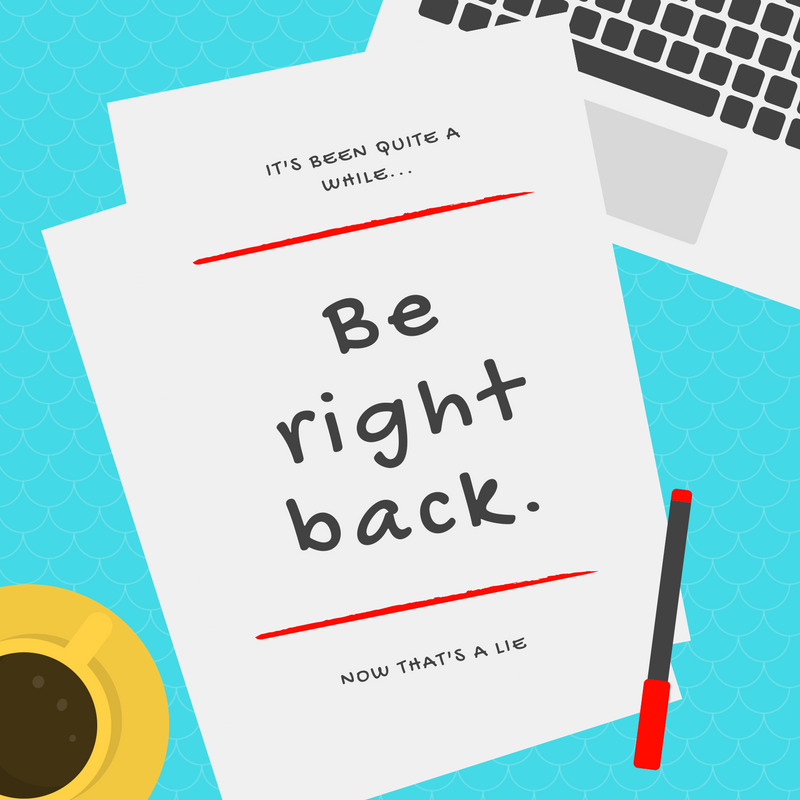 Thanks to the competing demands of a house that now houses a teenager, a toddler, and a perimenopausal woman; attempts to maintain professional relationships and retain the clients of the consultancy whose office is based in said house (i.e. werk werk); ginger steps towards desperately needed renovations of same house; and alcohol, here’s a list of really  okay posts that didn’t get written over the past couple of years:

See ya round, sometime.

So far, it’s the year I reverted to paper diaries.

Promises to be pretty exciting, then.

UPDATE, September 2017: Nothing has been written in the paper diary since April. Don’t even know where it is. But the family wall mega-planner is going strong. 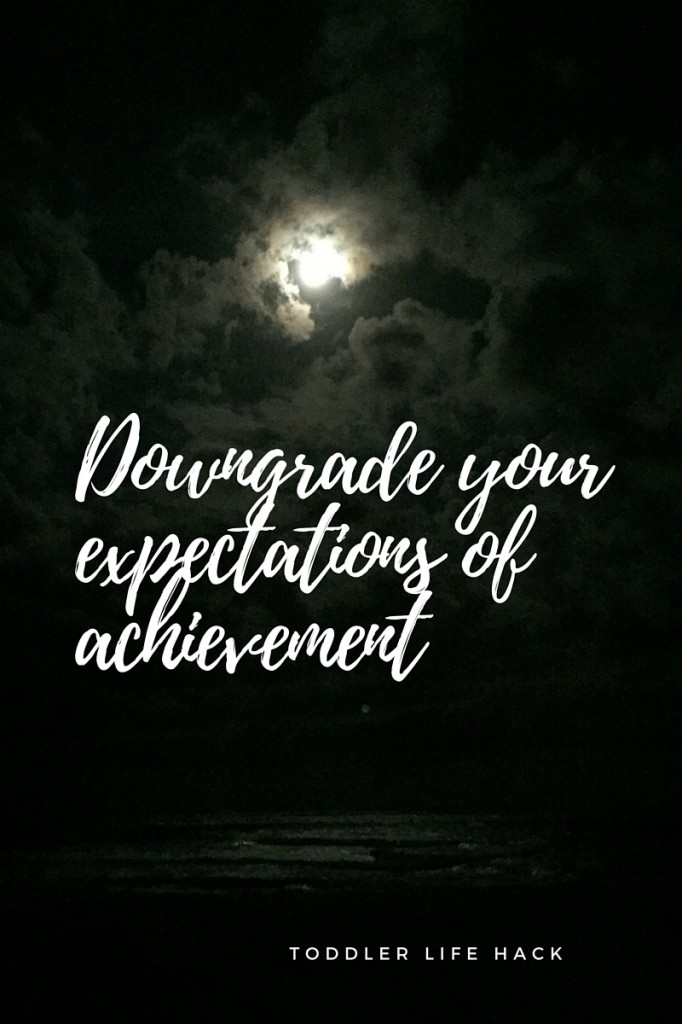 I’ve got it. The secret.

So my revelation: ditch it. I start with the usual expectations of all those things I think need to be achieved today, this week, etcetera. Then, as the hours slide aft, empty of all accomplishment save time spent with a tiny human that I’ll never have again, I prune those intended achievements. I like to start with general housekeeping. As long as a certain standard of hygiene is met, who really cares? One could continue a full jettison of all duty, right up to least favoured clients (tempting, but drastic, and financially awkward). Which explains why there are few recent posts on this blog. Intention, I assure you, was there. Time, I realise now, is not on this blog’s side. Perhaps there will be more posts. I plan so. Perhaps there will be less. This may be so.

P.s. Inspirational quotes in swirly writing are scourges of internets.

Right now, I have the answer to EVERYTHING. And it’s just one word. Which is great, because this sleep-deprivation shit plays havoc with your vocab. 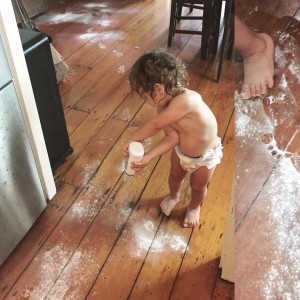 - You look tired. Are you not sleeping?

- Why is the front lawn covered in duplo?

- Why is the cat cowering in the bath?*

- Why are the chairs all on top of the table?

- Why is the loungeroom floor covered in a fine layer of talc?

- Why haven’t you washed/brushed your hair this week?

- Where are my keys?

You may choose to add a little courtesy.

- Would you like to come out for dinner with us tonight?

It even works as a reply to simple statements.

*Just kidding. We have neither cat nor bath. (But the neighbours do.)

Today’s lesson: Don’t make the toddler laugh when his cheeks are stuffed with banana.

It’s been one of those weeks, where you arrive on Friday sweating and shaking and gripping onto the side of the week with ragged fingernails and white knuckles, just hoping to slide into the weekend intact.

The toddler’s teething. Which means if he lets you sleep for more than say two hours in a stretch, you’re laughing. Or at least able to form coherent sentences, or something like that. Up every hour, most nights.

So this morning, after battling peak traffic both-ways across town to drop my hot car to the air-conditioning magicians, and then into the city, baby sleeping in the back,* Daddyo says to me, “Look on the bright side” as I’m sitting there, exhausted, wondering if I’ll risk another coffee or if it will just make me super anxious. If it will make me nervy-shaky, not just tired-shaky.

Stuck in the enough-not-quite-enough caffeine limbo …

… with tired eyes, sore eyes that make me feel as if there’s someone pinning my lids back, Clockwork Orange style, but with pure chlorine being dripped in.

And Pollyanna says, “Well he slept from 1:30 and 4:30 this morning, that’s about three hours straight sleep last night, that’s good, isn’t it?” all sparkly and fresh-like.

Growing a vocabulary: #bubbles, #up. #happybubbles 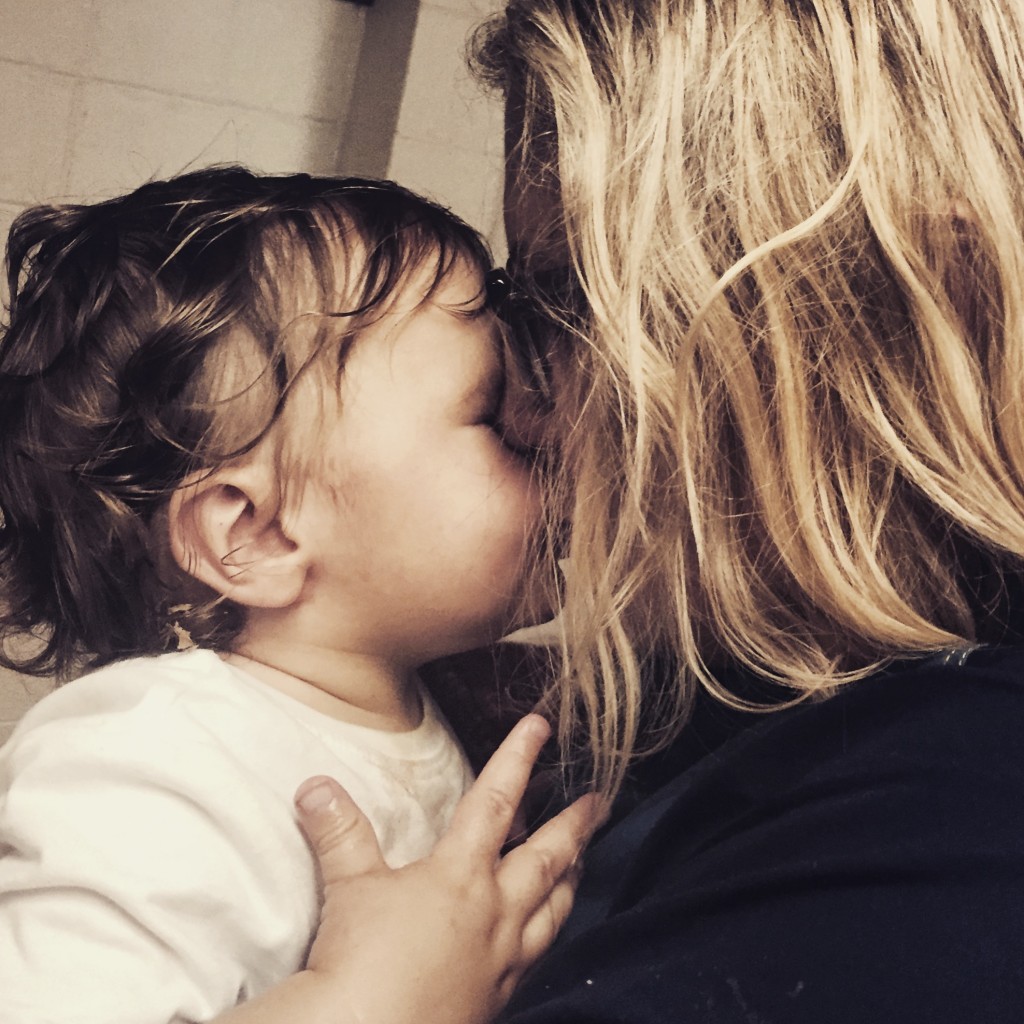 Just dropped a container of defrosted taco mince across the kitchen floor. Freshly mopped yesterday, that floor was.

This is what comes from attempting to be organised.

← Older Posts
Back to top